The Republican takeover of the House is a good day to look at Immigration reform and the distortions surrounding it. I worked last year with Senator Bob Menendez on his book, Growing American Roots, which hasn’t gotten the attention it deserves. Menendez, a New Jersey Democrat, focused on some facts and challenged the notion that immigrants are bad for the economy or demanding services they haven’t paid for. All not true — not according to politics, but according to all the available data. Immigrants in this country do the work that others could do, but don’t choose to perform. And the vast majority of immigrants pay taxes, including Social Security taxes. Following are some excerpts from the book: 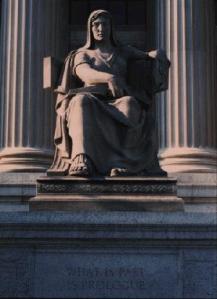 “Republicans still don’t get it. At a time when it seems evident that politicians need to focus on dealing equitably with Latinos, they are staying close to the old formula—pandering to their anti-immigration allies. We need look no further than the Republican obstructionist response to the Democratic measure to restore health benefits to legal immigrants under twenty-one years old. President George W. Bush had twice vetoed our efforts to restore this inequity for children of legal immigrants, who were being forced since 1996 to observe a five-year waiting period for Medicaid and state health insurance. Republicans voted almost lockstep against this provision, part of their effort to demand onerous verification procedures for immigrants—mostly Latinos.”

“….We need to set the record straight on immigration. Americans, out of their sense of common justice, must put an end to discrimination against and mistreatment of immigrants. Latinos have been under attack unfairly, as if they were somehow different from any other immigrant group that came before them. Every reliable piece of analysis shows that Latinos enter the American experience in the same ways and on the same trajectories as other generations of immigrants who came to these shores….”

“You will hear that immigrants take away jobs, that they are a burden to our society, that they flood our schools and resources, and that they are taking advantage of our system, giving nothing in return. We have heard it all before, and you will hear it all again—all lies. You might hear that immigrants are on the dole in the United States, not paying their fair share, and hauling in welfare or stressing the health-care system. It is not true.

“First of all, undocumented immigrants pay sales taxes and many pay property tax as well. They also pay their share of state and federal income taxes, and Medicare and Social Security payments, some through taxpayer ID cards, and many of them under false Social Security numbers from which they are unable ever to collect any benefits. The result is startling. The Social Security Administration has an account that is growing by billions of dollars every year, in which funds are deposited for irregular—often fake—Social Security numbers. Should we accept illegality in our country? Absolutely not. But the reality is what it is. People are paying into the system and receiving no benefits.”

Check out the book. As for the statistics, as they say, “you could look it up.”

One response to “Reality Check on Immigration”