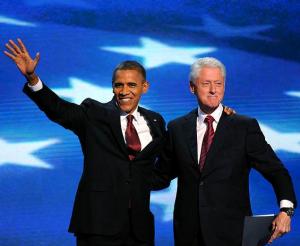 After the close of the 2012 Democratic Convention, it took some hours to understand the plan: President Obama did not issue a soaring speech that invoked the imagination of Americans as he has in the past. He stayed close to the ground and let others soar. That was the design and the achievement.

The president told us:

“I’m the president,” and Romney isn’t. Romney, not prepared for prime time, is “stuck in a Cold War time warp. You might not be ready for diplomacy with Beijing if you can’t visit the Olympics without insulting our closest ally.”

President Obama underplayed his own hand in a carefully scripted convention designed to rally his 2008 coalition—African-Americans, Hispanics, women, and educated anglos in big cities and on both coasts:

Do Americans want a return to the neo-cons?

Do the people who once voted for President Obama think Romney-Ryan care just because they say they care?

The Democrats embraced once-mocked “Obama Care” in all its meanings and pinned “Voucher Care” on Republican lapels.

It has become an upside down political season – the Democrats now are the party of national security and defense. The troops were on stage – including John Kerry, a decorated Vietnam veteran once eviscerated by PAC lies about his record when he ran for president. Kerry took to the heights:

Just measure the disarray and disaster he inherited. A war of choice in Iraq had become a war without end, and a war of necessity in Afghanistan had become a war of neglect. Our alliances were shredded.
Our moral authority was in tatters. America was isolated in the world. Our military was stretched to the breaking point. Iran was marching unchecked towards a nuclear weapon. And Osama bin Laden was still plotting.
It took President Obama to make America lead like America again. It took President Obama to restore our moral authority – and to ban torture. This president understands that our values do not limit our power – they magnify it. He showed that global leadership is a strategic imperative for America, not a favor we do for other countries.

Bill Clinton sealed the deal on accomplishments and the work to be done:

No President – not me or any of my predecessors could have repaired all the damage in just four years. But conditions are improving and if you’ll renew the President’s contract you will feel it.
I believe that with all my heart.
President Obama’s approach embodies the values, the ideas, and the direction America must take to build a 21st century version of the American Dream in a nation of shared opportunities, shared prosperity and shared responsibilities.

The president took a hand-off from Clinton, from Kerry, from Biden, from Michelle Obama, Deval Patrick and even from a passionate nun. He let others make the case: he is the president. Inspired, they all asked: do you dare switch channels?

By design, the president avoided the grandiloquent speeches of the past— “I’m no longer just a candidate. I’m the president.” So doing, he is reminding a constituency he needs that they had better vote.

This was stagecraft and an appeal – not to those who hate and would never vote for him – rather an appeal to the common sense of Americans – banking there are enough likely voters in the land to push him over the top.

One response to “A crafty appeal: Obama Care, not Voucher Care.”