Immigration: how we got here

Seems like a fine day to point out how I, along with millions, am an American by the choice and search of my ancestors for freedom. My paternal grandfather, Louis Eisner, came to this country one hundred eleven years ago, fleeing Jewish persecution in Russian-controlled Poland. He did not undergo extreme vetting — which might have determined that he had at one point attended a few Bolshevik organizational meetings.

Ten years later, in 1916, he became an American citizen and pledged loyalty to the United States, and renounced allegiance to the Russian leader of the moment, Czar Nicholas II. It was a year before the Russian revolution.

Here’s to American freedom and democracy! 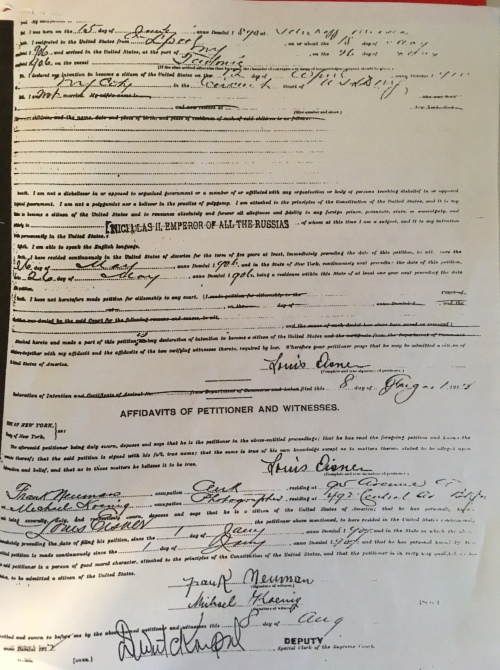 One response to “Immigration: how we got here”