The problem: look into his eyes

A dictator in an orange jumpsuit once confided in me with one of the aphorisms he understood about power and politics: “You have to create a problem in order to solve it.” 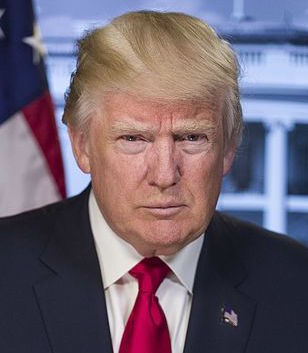 ist was Manuel Antonio Noriega, the deposed Panamanian general serving a 30-year federal prison term in Florida at the time on conspiracy charges.

Donald Trump, that most inept would-be strongman, might understand the phrase though not its origin. Fabrication and conspiracy are hallmarks of Trump’s leadership.

The excrement and lies were followed by a storm of the same consistency.

Two years later, spouting offal at a rate of seven to a dozen lies per day, Trump appears in his first Oval Office speech to the nation. In a prime-time talk, he will look into the camera, look at each of us, stripped of his fawning MAGA people, isolated from the throngs. How convincing will be his lies?

Will he convince us that the poor people marching toward the southern border in search of freedom are a menace, amounting to a national emergency?

Will he look into the television lens, knowing that each of us can see every glint and tick of his mien, and declare that the Democrats and Barack Obama are responsible for the overflowing detention camps close to the border, responsible for wrenching migrating children from their mothers and fathers, responsible for death?

Will he claim that he has the power to order the U.S. military to build a wall that a majority of Americans know is unneeded?

This is the first time that the 45th President of the United States dares to sit at the Resolute Desk and speak to each of us from the Oval Office.

A national emergency is a step toward the Noriega route – a strongman approaches dictatorial powers. So far, Trump has been stymied by a significant impediment: The U.S. Constitution. May it always reign.

Look deeply into Trump’s eyes, America, and ask if you believe him. Can this man fix the problem he has created?

A man who was light years brighter than Noriega, Trump and most of us, Einstein by name, knew the answer to such a question.

“We cannot solve our problems with the same level of thinking that created them.”

Look into Trump’s eyes and you will know – “the solution lies elsewhere, once you are gone.”

Peter Eisner, journalist and author, co-wrote with Michael D’Antonio the book, The Shadow President, The Truth About Mike Pence.