The Drag of Congressional Hearings 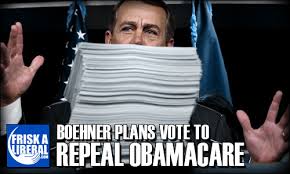 The prospects of paralyzing hearings and pontificating for no reason, other than Republican hatred toward Obama.

The public gets what it wants every two years. Will there be prolonged hearings, will the Republican Congress pursue a witch hunt, or will it fear blow-back in 2014 elections?

WASHINGTON — The investigations ensnaring the White House have unified the Republican Party, energized a political base shattered by election losses and given common purpose to lawmakers divided over a legislative agenda.

The most pressing question for Congressional Republicans is no longer how to finesse changes to immigration law or gun control, but how far they can push their cases against President Obama without inciting a backlash of the sort that has left them staggering in the past.