The past is always present. Nixon in 1972: “The Press is the Enemy”

A reprise forwarded by historian John M. Carland of an exchange between Richard Nixon and Henry Kissinger on December 14, 1972. I’ve been talking to friends recently about the relationship between journalism and power.

Here, the President of the United States discusses an upcoming news conference about what later became known as the Christmas bombings of North Vietnam four days later. It comes from Volume 9 of FRUS series produced by the Office of the Historian of the Department of State. Volume 2, edited by John M Carland. 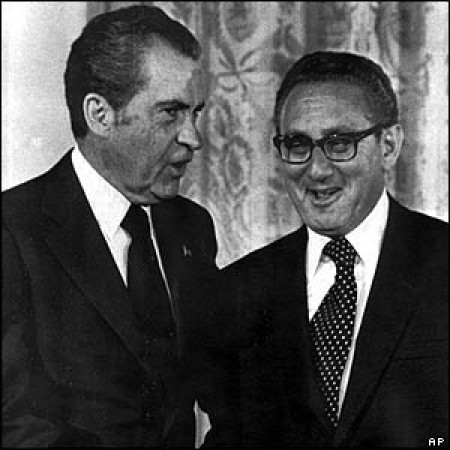 Nixon: Just say: “Except for Christmas Day, there will be no truce.”
I don’t want anybody flying over Christmas Day. People would not understand that. There’s always been a truce; World War I,World War II,
and so forth. All right, the main thing is for you to get rested and get ready for all this and go out there and just remember that when it’s
toughest, that’s when we’re the best. And remember, we’re going to be around and outlive our enemies. And also, never forget, the press is the
enemy.

Kissinger: On that, there’s no question—

Kissinger: I, on the professors—

Kissinger: —I need no instruction at all.

Kissinger: And on the press, I’m in complete agreement with
you—

Nixon: It’s the enemy. So we use them, at times. But remember, with the exception, now and then, of a—I think Wilson, maybe—there
are two or three—Howard Smith. Yes, there are still a few patriots, but most of them are—they’re very disappointed because we beat ’em in
the election. They know they’re out of touch with the country. It kills those bastards. They are the enemy, and we’re just gonna continue to
use them, and never let them think that we think they’re the enemy. You see my point? But the press is the enemy. The press is the enemy.
That’s all.